It’s been almost 50 years since social psychologist Douglas McGregor theorized human motivation and management in terms of “Theory X and Y.” McGregor characterized Theory-X as the notion that workers are inherently unmotivated and must be controlled in order to perform in accordance with the goals of management. He believed this model was a vestige of the industrial age—a time during which workers were cogs in the wheel of the company. Theory-Y, by contrast, is a model in which employees are considered capable of being accountable to themselves and engaged in their tasks, which they could approach with their unique perspectives and consider a part of life at large.

In a way, McGregor’s distinction is a precursor to the contrasting opinions managers and others have about the cliché of  “work-life balance” in the workplace. Is “life” something to be compartmentalized, kept away from work, as Theory X might assume? Or are work and life seamlessly intertwined, and informed by one another?

Nowadays, there’s a stronger case to be made for the latter—from the perspective of company productivity and employee well-being. A whole host of cultural shifts have altered the work paradigm for many Americans, meaning that it’s often impossible to find a stark separation from life. For one, the digital economy has opened us up to an on-demand marketplace, often referred to as “the gig economy,” meaning that work is increasingly understood to be targeted, project-based and flexible. Millennials in particular regard “gigs” as a work-norm; in a 2012 article in Forbes entitled “How Millennials Are Redefining Their Careers as Hustlers,” author Larissa Faw cited a study showing that only 28% of millennials expect to work for fewer than three employers during their careers. In today’s world, one’s career is no longer synonymous with one or two companies—there is no longer a singular totem of “work life” that can be separated from “actual life.” Work projects float in and out of life, and life finds its way into work.

Yet as a corporate psychologist and consultant, I frequently hear leaders express a certain allergy to the notion of being vulnerable at work. This radical idea is not new to the business space, and it’s also not unfamiliar to traditional leaders. It’s just that many results-oriented leaders (including many with whom I have worked) subscribe to the notion that they “shouldn’t have to” be vulnerable because they aren’t paid to have relationships. Others operate based on the mistaken notion that the people around them expect them to be perfect.

Unfortunately, this conflation of vulnerability and weakness can be common. For example, my friend recently told me that her employer berated her when she brought up the death of a grandparent to a client while on the job. “Don’t say that,” the CEO told my friend, who herself also worked in a managerial role. “No one needs to know that you’re having a hard time.” Unsurprisingly, my friend felt terrible, and wanted to stop working for the rest of the day.

From a psychological perspective, it’s a no-brainer that showing emotions on the job is a good thing for workers and leader alike. It’s inarguable that it’s easier and more pleasant to do work—and to be motivated and engaged—if one can be authentic. And, based on the feedback I have received both in coaching sessions and in response to writing I have done on the topic, bringing greater authenticity to work is something that many people simultaneously want, but also fear.

I would also argue that the increased popularity of positive psychology since the turn of the current century has put more of a focus on creating “positive” work environments. Thanks to the research of psychologists like Martin Seligman,Sonja Lyubomirsky, Adam Grant, and many others, there’s now a greater understanding that if employees are happy, engaged, and connected, the overall state of positivity will be reflected in the quality of the work.

But there’s more to both manager and employee well-being than trying to keep everyone staying positive—because sometimes, as we all know, our authentic states of mind don’t feel positive. Sometimes we make mistakes, have stressful conversations, or experience setbacks at work, as well as in life. So do our reactions to “negative” experiences on the job have a place at work, as they do in life?

It’s certainly disputable, but my answer is yes—not just based on my experience, but also on research studies that have shown the benefits of bringing our real selves to work. For example, the Pratfall effect is a social psychological concept in which those who are seen as competent are viewed as more likable and relatable if they make a mistake. Since none of us is perfect, allowing co-workers to see some of our imperfections can enhance our ability to relate to and lead others. Again, this is a bit obvious —but my point is that there’s a seamless connection between our emotions and our work. It’s not just opinion, it’s also science.

Showing vulnerability has also been shown to deepen relationships. According to research by social psychologist Barbara Frederickson, disclosing information about oneself can potentially contribute to a greater sense of trust. When you take the interpersonal risk to share something about yourself with someone, it signals a mutual understanding of trust. However, this phenomenon also has a physical basis—when we verbally communicate aspects of our inner lives, it releases the hormone oxytocin, which helps build connection.

In my consulting work, I frequently help teams try to cultivate connection, understanding and shared goals. As part of the process, I set up exercises in which team members are given opportunities to self-disclose—on topics ranging from their preferred work styles to family background—and everyone chooses how much they are willing to share. Although the exercises are artificial, they work. I consistently hear from the team members how they help them to better understand their colleagues, feel closer to one another, and have better working relationships.

In her best-seller Daring Greatly, vulnerability researcher Brené Brown writes, “Vulnerability sounds like truth and feels like courage. Truth and courage aren’t always comfortable, but they’re never weakness.” While showing vulnerability in the workplace might make you feel, well, vulnerable, doing so in an appropriate way will benefit your work—and your life. 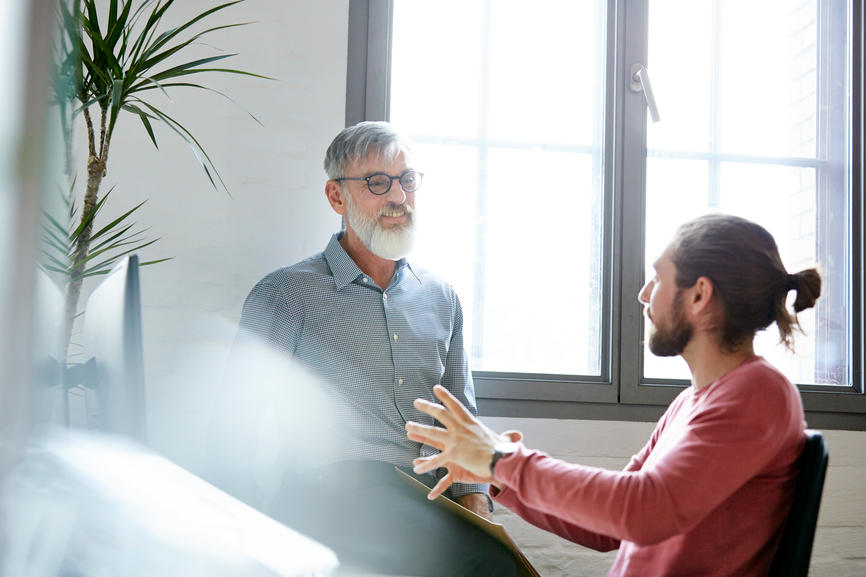 Are You Setting Professional Goals for the New Year? Read This!