Want employees who are open to feedback? Ask these 4 interview questions.

Psychologist, John Dewey said, “Failure is instructive. The person who really thinks learns quite as much from his failures as from his successes.”

Mistakes are a fact of life in the workplace. Sometimes they happen entirely without warning, despite our best efforts. Other times, a misstep can occur as a result of taking a calculated risk or experimenting with an innovative strategy. While we obviously shouldn’t spend our days going around making mistakes on purpose, being willing to own mistakes and learn from them is critical for professional development.

As a leader, it’s important to be willing to admit your mistakes and learn from them. Doing so models a willingness to show vulnerability and an acknowledgment that none of us are perfect. However, to be able to achieve your best results, it’s also beneficial to have a team composed of people who share the willingness to own up to mistakes for a number of reasons:

There are a number of ways that you, the boss, can be intentional about creating an environment in which people are able to fail safely and learn from mistakes (stay tuned for a future post on this topic). However, when you’re in the position of hiring new team members, why not save yourself some potential grief by being on the look out for this quality by framing your interview questions appropriately?

Here are four interview questions that will help you to explore a candidate’s openness to admitting mistakes and learning from them:

1. “What are your developmental opportunities?”

When a candidate is unable to answer this question in a thoughtful way, there are a few possible reasons:

First, he could be entirely lacking in self-awareness. For example, it’s not uncommon for someone early on in his career to have limited insight into areas for growth, because he hasn’t received a lot of feedback up to this point.

Second, she could be unwilling to answer because she has been taught that she should always put her best foot forward in an interview. As an interviewer, you might try hinting at the fact that none of us is perfect, and see if by delving a bit more, you get a higher quality answer.

Third, he could simply be unwilling to admit vulnerability. If, throughout the interview, you are noting this sort of behavior, then it could be suggestive of someone who is so focused on coming across positively that he will have difficulty owning up to mistakes if you hire him. (You’ll also want to listen to see if a candidate uses a lot of “spin” as a stereotypical politician would do, as again, this can be an indication of an unwillingness to admit mistakes).

2.  “What’s the best piece of feedback you’ve received in your career?”

In addition to giving you some clues about the candidate’s potential areas for growth, her response can give you a good sense of how she applies the feedback she receives. Probe into what made the feedback so valuable, what she learned about herself as a result of it, and how it may have changed how she approaches her professional life.

3.  “Tell me about a professional mistake or misstep you made in the recent past, and what you learned from it.”

Note that I included “in the recent past.” If you don’t include that, you could end up learning about mistakes from 20 years ago that the candidate attributes to being young and inexperienced. Again, as you are evaluating the candidate’s response, you will want to be listening for her willingness to admit vulnerability, in addition to self-reflection and insight. While insight isn’t a necessity for having a learning orientation, it is linked to emotional intelligence, which is an attractive quality in candidates. Finally, be attuned to how much she owns her mistake. If she focuses a lot on blaming others, then that could potentially be a red flag.

I have also heard “tell me about your greatest professional failure” as an alternate question that can get at similar information from the candidate. However, if she provides an answer from the distant past, then it may or may not be helpful in assessing her current willingness to admit mistakes.

4.  “Tell me about some things you have done in the past year to grow professionally.”

While this question doesn’t get at the specifics of admitting mistakes, it does give you a sense of how much ownership the candidate takes for his own learning. As he responds, listen for how many of those development efforts were driven by his employer, versus the ones he initiated himself, since it’s always a good sign when someone is proactive about his own professional growth.

Al Franken wrote “Appreciate your ‘mistakes’ for what they are: precious life lessons that can only be learned the hard way. Unless it’s a fatal mistake, which, at least, others can learn from.” Build a team of individuals who ascribe to this view, and reap the benefits. 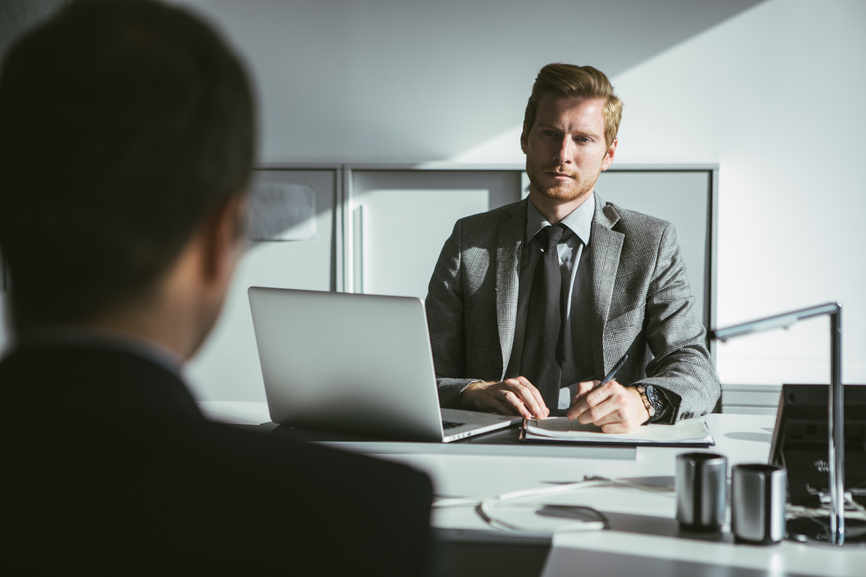 Want to Avoid Hiring Mistakes? Ask Yourself These 4 Questions

Thinking of Getting an Executive Coach? Consider These Factors