Four essential steps to being an inclusive leader

Over the past few years, organizations have been more intentional about bringing in a diverse workforce. Though long overdue, these efforts are just a first step. Hiring people from different backgrounds might make a company look more favorable on paper in terms of their demographics; however, to avoid tokenism, and to really benefit from the different perspectives being brought in, it’s also critical to focus on leveraging that diversity by being an inclusive leader.

The Society for Human Resource Management defines inclusion as, “the achievement of a work environment in which all individuals are treated fairly and respectfully, have equal access to opportunities and resources, and can contribute fully to the organization’s success.” In other words, it’s a setting in which everyone has a voice, feels accepted and valued for who they are, and works under conditions that allow them to perform at their best.

In a study reported in 2015, Deloitte found that inclusive workplaces are six times as likely to be innovative, and had 2.3 times the cash flow per employee over non-inclusive workplaces. Therefore, in addition to being the right thing to do on a moral level, inclusion leads to better business results.

In addition to being the right thing to do on a moral level, inclusion leads to better business results.

If you want to be an inclusive leader, who creates a psychologically safe environment in which your team can do their best work, here are four ways to get started:

1. Strive to Be Aware of Your Biases

Biases, by their very nature, can operate outside of our awareness. Still, if your goal is to be an inclusive leader, you should be intentional about trying to limit yours. According to Dolly Chugh, one way to do this, is to aim to be a “good-ish” person, as opposed to a good one. In her book, The Person You Mean to Be: How Good People Fight Bias, Chugh argues that if your goal is to see yourself as a “good” person, you’ll be more prone to guard against taking an honest look at some of the ways in which you might be biased, in order to protect your self-concept. However, if you can think of yourself as someone who is “good-ish,” but learning, you’ll be less defensive when reflecting on the ways that you could grow and develop.

With that greater sense of openness, you can take further steps to interrupt your biases. Some things you could try include reading to learn more about the nature of bias, exposing yourself to greater diversity in your media and entertainment viewing, and ensuring that your network is diverse. The more you learn about people who are different from you, the more empathy you will develop, and the less bias you will likely have.  Also, be sure to question yourself, particularly if you find yourself having knee-jerk reactions in which you dismiss the views of those who are different from you. Instead, get curious, and use it as an opportunity for listening, learning, and self-reflection.

I’ll never forget the first consulting trip of my career. On the way to meet with the CEO, I walked through the corridor adorned with portraits of all the former organizational CEOs (all white men, which obviously isn’t unexpected given the under-representation of women and minorities in senior leadership). I then sat down in his office and looked around to see the room decorated with civil war memorabilia and art depicting battle scenes from that era. As you might imagine, that immediately gave me some reservations about how much my opinions would be valued.

If you want to be an inclusive leader, you should do what you can to create a welcoming environment. You can do this in small ways, by putting your pronouns on your Linked In and Zoom profiles, for example, and making the effort to learn how to pronounce people’s names properly. Also, be thoughtful about the work environment. Are different cultures represented in artwork? What books are in your office? Do they reflect diversity? (And, have you read them?) Those seemingly little touches can alert to people that you are open to diversity, and that the workplace is more prone to be a safe space for them.

In addition,  ask your employees about their traditions and holidays that are important to them. Being sensitive to that when scheduling important events, so that you are not creating conflicts for people. One strategy would be to create a shared google calendar, in which people could note cultural days that are important to them. Ask your team for their suggestions about ways to make the environment more inclusive, and, to the extent that you can, put that feedback into action.

One of the strengths of diversity is the ability to bring people with varying perspectives together to solve problems. Therefore, it defeats the purpose of having diverse talent if their views aren’t getting expressed or considered. To ensure you’re being an inclusive leader who gives everyone a voice, here are a few best practices to put in place for your meetings:

4. Make it Easy for Employees to Market Themselves

To make decisions about promotions, bonuses, and special assignments, you’ll need to know how people are performing. And, although you might think you have an accurate sense of who’s doing what, the truth is that some of your impression is likely affected by how effectively your different employees engage in self-promotion. Research has found that men are more likely to engage in self-promotion than women, women are more conservative when rating their own performance, and women are perceived as less likeable when they actually are assertive about marketing themselves. This creates a conundrum that can make it difficult for women to get the credit they deserve at work.

To avoid this, encourage your employees to celebrate their successes. During your one-on-one meetings with them, don’t just focus on the obstacles they’re facing and how you can help them. In addition, ask them to tell you about their recent accomplishments, challenges they’ve overcome, and things they’ve done that have made them proud of themselves. If you have individuals who are particularly humble, coach them. Let them know that you expect them to share this sort of information with you, so that everyone’s contributions get the appreciation they deserve.

To be an inclusive leader requires self-reflection, openness, and a willingness to continually listen to, and learn from your employees. But, when you make the effort to do so, you’ll be rewarded with a healthier culture, and better results. 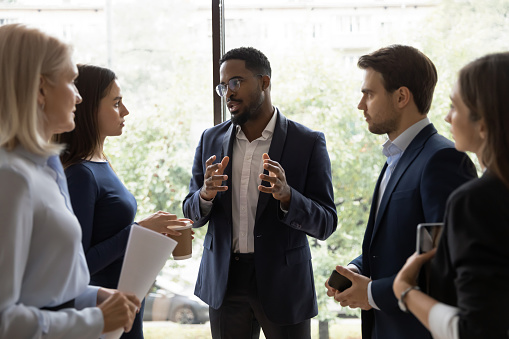