Michelle Obama said, “No country can ever truly flourish if it stifles the potential of its women and deprives itself of the contributions of half of its citizens.”

Although women have come a long way over the past 100 years since we got the right to vote in 1920, there is still much more that needs to be done for women to truly achieve equality.  This fact was very clear in the McKinsey 2020 Women in the Workplace Report which was published earlier this year.  In it, the authors reported a variety of troubling findings based on surveys within 600 companies, that underscore why it can be so difficult for women to succeed at work. Here are two that convey the need for more progress:

In addition, the Covid-19 pandemic has been particularly trying for many women, as they have taken on a disproportionate share of childcare and homeschooling responsibilities. During coaching sessions, I have heard numerous stories about the challenges that this has posed for my female clients who are mothers. The ongoing need to balance personal and professional obligations, without adequate support at home has contributed to increased stress, difficulty keeping up with all of their responsibilities, and decreased opportunities for self-care. As such, it’s probably not surprising that the McKinsey study found that 25% of women are considering leaving the workforce or downshifting their careers due to the pandemic.

These findings should be particularly concerning for organizations that want to succeed, given that research by Zenger and Folkman showed that women were rated higher than men in the majority of leadership competencies (including resilience, taking initiative, driving for results, practicing self-development, demonstrating integrity, developing others, and more). Therefore, it makes good business sense to be concerned about the plight of women at work.

According to the McKinsey Women at Work report, for every 100 men promoted to manager, only 85 women were promoted. As a result, women make up only 28% of SVP roles and 21% of C-suite roles.

If you want to be an advocate for the women’s success in the workplace, here are some tips to get you started:

One study from the Working Mother Research Institute found that although 48% of men reported they had received detailed career-pathing information in the previous 2 years, only 15% of women reported they had similar experiences. As the McKinsey research indicated, the majority of people in senior positions are male (and white). In turn, these individuals are most likely to sponsor individuals who are similar to them (i.e. male and white). In order to make change in this area, men in senior positions need to be intentional about sponsoring women (making sure not to overlook women of color).

By identifying talented women, providing them with stretch opportunities and coaching, and advocating for their advancement, organizations can create greater diversity at senior levels. In turn, this will benefit the company as a whole, because having different points of view considered when making decisions, results in higher quality outcomes.

2. Call out Micro-Aggressions or Insensitive Comments

Micro-aggressions are subtle, indirect, and often unintentional discrimination of members in marginalized groups. Classic examples could include “you’re so articulate” for a BIPOC individual (I’ve heard this one several times, sometimes communicated with surprise), or “where are you from?” addressed to a person of color. While these comments might be well-intended, they can still make the marginalized individual feel unwelcome.

Although it may feel uncomfortable to do so, if you witness these interactions occurring, call them out. This is important for a number of reasons. First, non-white individuals and female leaders tend to be penalized when they engage in behavior that values diversity. Therefore, if you are in a position of power and can provide feedback to the offending party, you can save others from having to take on the risk to do so. Second, particularly if you are of a similar demographic background to the individual who misspoke, you may be more likely to influence their behavior, as we are often influenced by people we perceive as being similar to us. The safer you can make women’s work environments, the more likely they are to thrive.

A New York Times article, entitled, “The Universal Phenomenon of Men Interrupting Women,” explored the phenomenon that I have heard from multiple clients and experienced on a personal level – women being cut-off or interrupted by men. I’ve also heard women describe a similar experience of expressing an idea in a meeting, and having it virtually ignored. Then, a few minutes later, a male colleague expresses the same idea, and is met with accolades.

In order to ensure that women receive full credit for their ideas, it can be helpful for the meeting facilitator or colleague to interject when a woman (or anyone, quite frankly) is being interrupted. You could do this by saying something like, “I believe Linda hadn’t yet finished her point.” Further, if someone duplicates someone’s idea, one could note, “That’s a great idea – that’s what you had mentioned before, isn’t it, Linda?”

While this suggestion isn’t workplace specific, if you are a man in a relationship with a working woman and you want to advance the cause, make sure that you are doing your share around the house. Working women still spend twice as much time on housework than do their husbands. Childcare responsibilities still fall disproportionately on women. If you are truly committed to wanting your significant other to have the same opportunities to fulfill her career potential that you enjoy, then make sure that there is an equitable split with respect to unpaid labor around the home.

When I was a child, my parents often communicated to me that I would need to “work twice as hard to receive half the credit.” This had been their experience as members of a minority, and it is frequently a challenge that many women face. While that message did motivate me to work hard and excel, at the same time, it felt inherently unfair. If you want to do your part to undo that unfairness and create greater equality with the aim of helping women to succeed at work, apply the four tips outlined in this article – and start today! 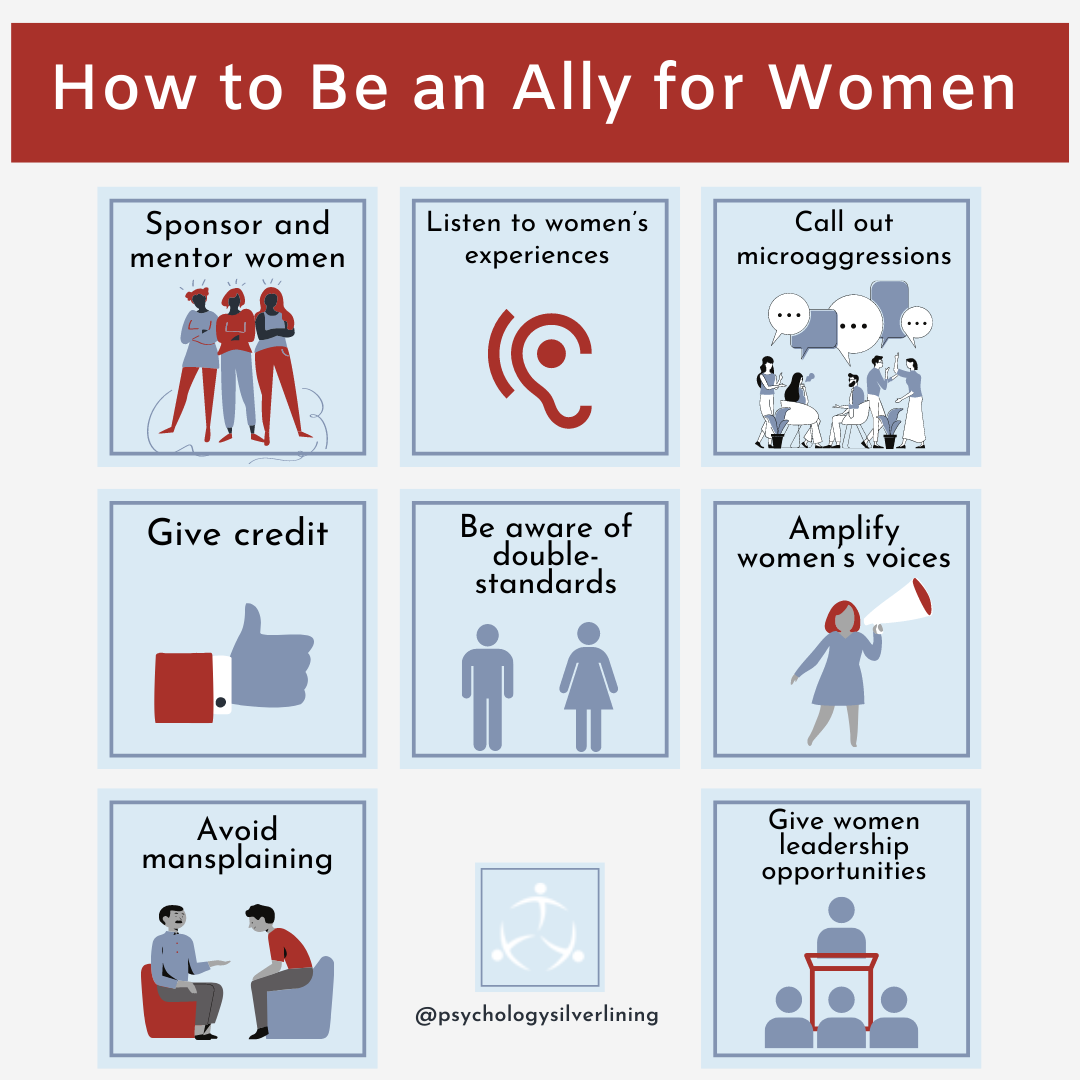 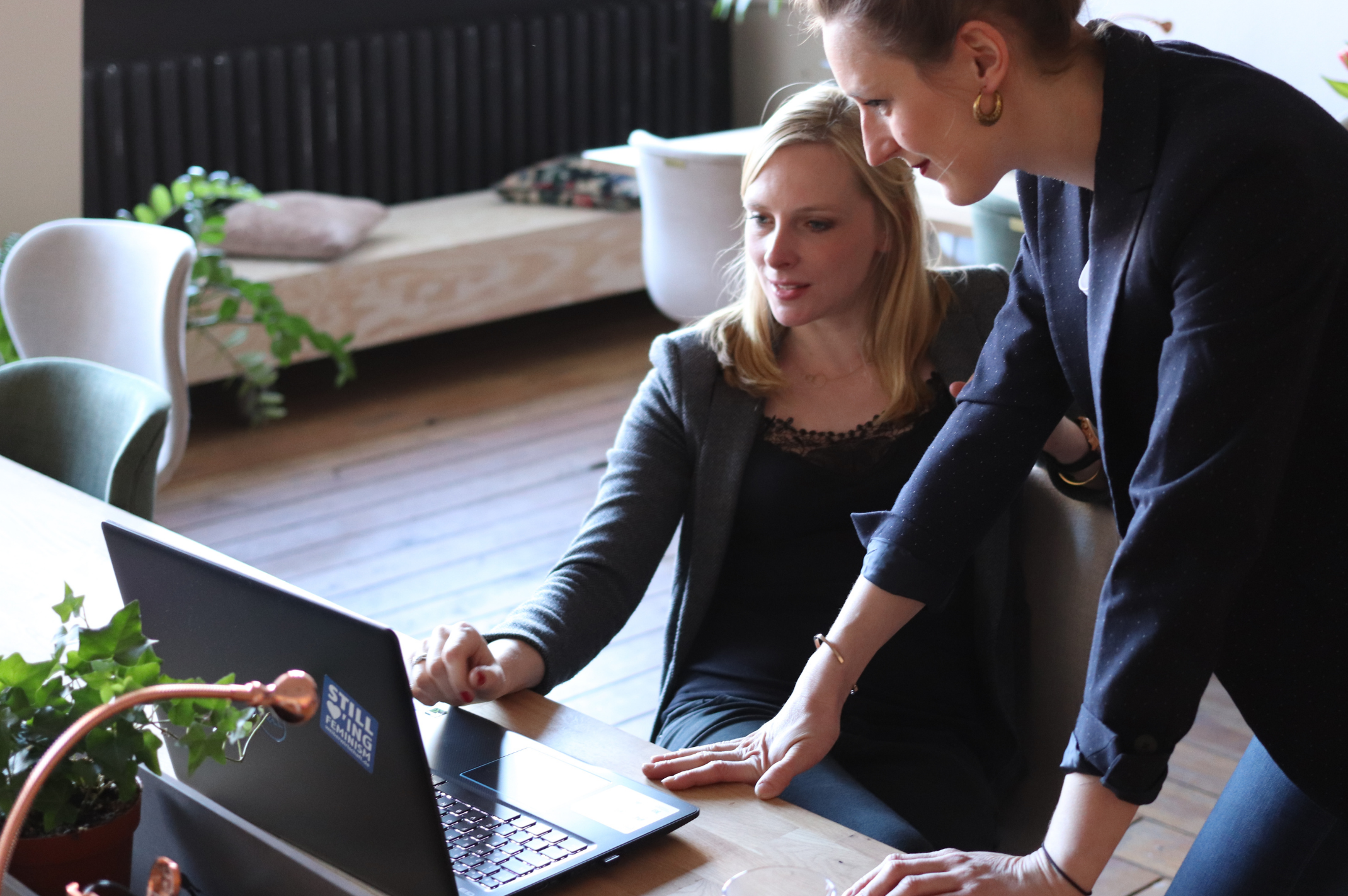 6 Ways to Use Social Media Channels for Networking in 2020