Want to Address Racism in Your Organization? Here’s How to Listen.

With the recent tragic murders of Breonna Taylor, Ahmaud Arbery, and George Floyd, many individuals have become aware of systemic racism in a deeper way. The video footage of everything from people calling 911 as a result of African Americans engaging in innocuous acts, to horrific acts of police brutality, has made the plight of Blacks in America impossible (for most) to ignore. As a result, more and more people are wanting to learn how they can become allies in the fight against anti-racism.

The events of the past month have stirred up a lot of anger, sadness, frustration, and pain amongst people of color – not only based on the traumatic events of the past month, but based on hundreds of years of feeling devalued and having opportunities limited based on systemic racism. At the same time, they have sparked a social movement in which people around the world, from all backgrounds, want to do their part to help our society to evolve to become one that is more socially just.

If you want to make a difference on a personal level, now is the time to learn more about peoples’ experiences. Although viral videos provide some insight, the truth is that most instances of racism are not recorded. But, by being open to learning, it will enable you to more deeply understand the lived experiences of people of color with empathy. It’s truly an opportunity, that if handled correctly, can cause the changes that most of us want to see.

As a starting point, in order for progress to occur, organizations need to understand the experiences of people of color. However, in order for allies to be able to truly listen, they will have to learn to deal with their own emotional discomfort, that often causes defensiveness, avoidance, or deflection when they are in discussions about race. Those responses shut down discussion and reduce the odds of having constructive conversations.

In order for allies to be able to truly listen, they will have to learn to deal with their own emotional discomfort, that often causes defensiveness, avoidance, or deflection when they are in discussions about race.

If you want become a better listener in situations that are emotionally charged, here are some tips for you:

Learn to Calm Your Stress Response

As noted, for many people, discussions about race are stressful. Many white people haven’t developed what Robin Diangelo, the author of White Fragility, refers to as the “racial stamina” needed to be able to tolerate the discomfort that goes along with these sorts of conversations. It can feel threatening to examine the ways in which you are biased or to hold space for others who are expressing pain, anger, and hopelessness. As a result, it creates a stress response that can cause people to want to avoid the situation altogether.

If you find that this is your typical reaction, be intentional about calming your body down when you feel triggered. Take deep breaths to reduce your fight–or–flight response, so that you can put yourself in a position in which you can be more receptive to listen. Get curious about why you had a strong reaction to a statement – did it point out something that you’re ashamed of? Did it challenge your world view? Remind yourself about why these discussions are important – you want to listen and learn. Trust in your ability to tolerate discomfort. (After all, people of color have been tolerating a lot more than discomfort for centuries).

Practicing mindfulness can also be a powerful tool to help you to learn to manage your emotions in these instances. For some additional resources on mindfulness, click here, here, and here.

In organizations, discussions about race are often taboo. In their research, David Hekman, Stefanie Johnson, and colleagues found that women and nonwhite executives who engaged in “diversity-valuing behaviors” (i.e. behaviors that promote organizational demographic composition that reflects their community) tended to be penalized for doing so. Specifically, they were rated much worse by their bosses when compared to their counterparts of comparable backgrounds who did not advocate for balance. Similarly, when the researchers had a random sample of working adults read a fictitious hiring scenario in which a woman or person of color hired a female or a non-white candidate, they were rated as less effective than when they chose a white male candidate. However, white males’ performance ratings were unaffected in both scenarios. As the authors noted, “all managers were judged harshly if they hired someone who looked like them, unless they were a white male.”

This study supports the experiences of many people of color – it’s risky to speak out about diversity, equity, and inclusion within a work context. Therefore, if your company wants to be able to have these important conversations, it’s critical for allies to go above and beyond to demonstrate that it is, indeed, a safe space.

As a first step, leaders (and other allies) should educate themselves. Immerse yourself in anti-racism resources, watch Ted Talks on diversity, equity, and inclusion  (DEI), read books and watch movies (non-fiction as a means of educating yourself, and fiction by people of color to build empathy). Bring up the topic of DEI in meetings, so that people of color are not put in the uncomfortable position of always having to be the ones to have to mention it (or stay silent, due to the inherent risks).

By educating yourself, you’ll familiarize yourself with many of the relevant issues. This will help you to have constructive conversations and create a safe space in a number of ways. First, you’ll be able to demonstrate that matters of social justice are important enough to you that you’ve actually put some effort into educating yourself about them. Second, you’ll be less likely to be surprised when issues of white privilege or inequity come up in conversations. And, because you won’t be surprised, you’ll be less likely to become defensive or dismissive. Third, because you’ll have had some time to “do the work” by examining your own biases, you’ll be in a better position to show that you understand the issues (while still being mindful of showing cultural humility), and be more willing to fully engage in the discussion.

If you want to actually do something about systemic racism in your organization, you will have to show a long-term commitment. Discussions about race cannot be a one-time deal. This is important for a number of reasons. First, because many people of color may be leery about having conversations about race in the workplace, it will likely take some time for them to trust that it is truly safe to do so. Similarly, as noted previously, many white people can also be reluctant to talk about race. Therefore, it is essential to provide multiple outlets to do so, so that they can build their ability to tolerate discomfort across time. Be aware that early attempts for groups to discuss these important topics might only skim across surface. Still, if you persist, groups will be better able to build racial stamina, and will hopefully eventually talk about the “real” issues.

It’s also important to go beyond “performance allyship,” which is making a display of solidarity with the movement, in order to feel morally virtuous, without a commitment to engage in meaningful activity to really make changes. If your organization makes a powerful statement on social media, and that’s the full extent of the commitment for change, people will quickly see that gap. Likewise, making a one-time donation to a minority charity and leaving it at that, will come across as a shallow effort. Most organizations have much work to do, that cannot be adequately addressed in a few sessions of talking. Discussion is a necessary first step, but it is only a starting point for making a difference. Therefore, by putting time and resources behind your diversity, equity, and inclusion efforts, you will not only demonstrate that it is important to you, you will set the stage for being able to truly make impactful change.

In his book, How to Be an Anti-Racist, Ibram X. Kendi wrote, “Denial is the heartbeat of racism, beating across ideologies, races, and nations. It is beating within us.” It is critical for us to move past the safety of denial and avoidance for change to occur. Are you willing to do your part? 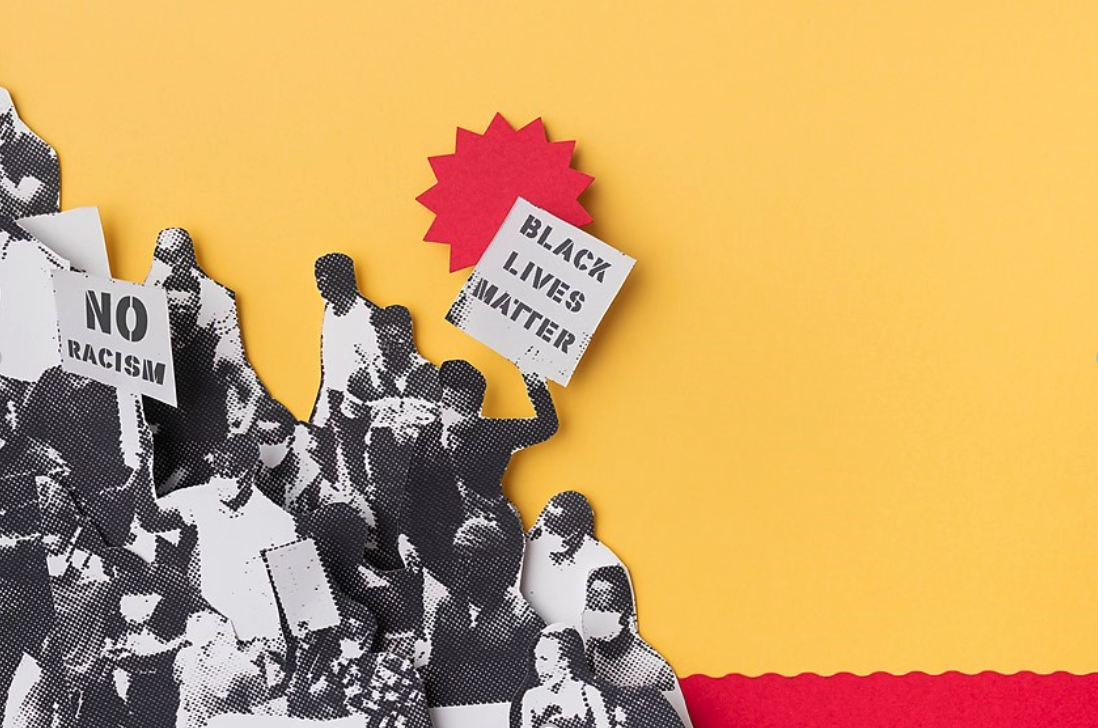