Want to be a High Performer? Develop these 7 Qualities

Robin Sharma wrote, “If we practice being spectacular long enough, spectacular will become our way of being.’

When I’m working with executives, one of the things that they are constantly on the lookout for, is high performers. They know that an organization is only as strong as its people, and so, they place a premium on talent. Given the value placed on high performers, it’s no surprise that there are plenty of people who want to stand out in their organizations as a means of accomplishing their career goals.

Despite the need for talented workers with potential, I’ve found that there are sometimes misconceptions about what exactly constitutes a high performer. Contrary to popular belief, it’s not just the person who produces the most work, or the person who earns the most money. A true high performer is someone who possesses the skills and well-rounded abilities that give them the capability to succeed in the long term, and to potentially lead others to do the same .

Want to be a high performer? Here are 7 habits that will have you well on the way:

Conscientiousness and a Focus on Quality

In the New York Times bestseller ‘How Children Succeed,’ author, Paul Tough. researched how childhood personality traits impact future success. In the book, he noted that conscientiousness is “one of the primary dimensions of successful functioning across the lifespan.” Conscientious people tend to be better at setting goals, working towards their goals, and persevering when obstacles get in the way through their awareness and focus on the path to success. High performers are able to achieve goals that are consistent with what businesses want, taking pride in their work as they effectively manage their time and projects to meet deadlines and thrive.

Collaboration in relation to high performers is a bit of a controversial topic. A couple of years ago, The Journal of Applied Psychology published a paper suggesting that team activities can work against high performers, as their colleagues may view them as a threat and may, at times, undermine them. But a few years before that, a paper in the Journal of Experimental Psychology looked at the psychological state of working together, and actually noted that collaborative work increases persistence, interest, performance, and a desire for additional work while reducing the need for regulation. In most work cultures, the latter finding is more likely to work to your advantage. In my experience, collaborators tend to be better equipped to perform optimally.

There’s a fine line between assertiveness and aggression and dominance, but those who get it right tend to perform better than those who don’t. Why? Because being assertive means being courageous, having the confidence to speak up, and most importantly, it means taking calculated risks. Risk taking is a topic that is being talked about in practically every sector right now. Businesses are even shifting their recruitment techniques by prioritizing forward-thinkers with the ability to implement change. At a time when competition is fierce, organizations are valuing assertive leaders who drive positive outcomes.

The Center for Creative Leadership once boldly stated that empathy is positively related to job performance, and there have been lots of studies since that have supported this notion. The Harvard Business Review, for example, found a strong correlation between high performers and elevated empathy scores. In a previous article I wrote, I outlined the benefits of bringing a sense of compassion to the workplace. Empathy can be developed, so if you are lacking in this area, make some efforts to improve, and you’ll likely find that you’re rewarded with higher quality relationships.

For many people, a high performer is typically thought of as being someone who produces the most work or earns the most money, but as we discussed, that’s an incomplete picture. A high performer is someone with an all-round ability to succeed, and high performers don’t get to this comprehensive level of supremacy without a willingness to learn and expand their knowledge above and beyond the confines of what they need to know for productivity’s sake. High performers are open to developing new skills, taking a proactive approach to learning, and having a willingness to adapt as in-demand skills evolve.

High performers hold themselves accountable for the results they achieve. They willingly take on goals, and put in the effort necessary to do well. However, when they fall short (as we all are prone to do, especially if we challenge ourselves), they don’t assign blame to others. Instead, they use mistakes as opportunities to learn and improve. It’s like implementing a new technology – businesses that implement new systems without reviewing performance and making adjustments for optimal operation are unlikely to serve the full value from the system. There is a need for constant review, not only in technology and system implementations but in people, too, if they want to perform at their best.

Ability to Manage Their Emotions

High performers manage their emotions. Technical skills and general intelligence are hugely important characteristics of high performers, but the value of emotional intelligence can’t be overlooked. An association between emotional intelligence and professional performance was found in an Elsevier-published study titled ‘Leadership and emotional intelligence: the effect on performance and attitude’, and many others have found similar results. In 2004, Langhorn found that restaurants generated 22% more profits when managed by people with a high ‘EQ’, while earlier in 1999 McLelland found that emotionally-stable managers could reduce time wastage by up to 50%. If you are unable to manage your emotions, it can undermine your decision-making and how others perceive you. To be effective, you’ve got to learn to keep your cool.

Now that you know what it takes to be a high performer, it’s incumbent upon you to start developing the skills that will take you to the next level. Whether you put together a development plan, or enroll in a course, I encourage you to take the steps necessary to take your career to the next level! 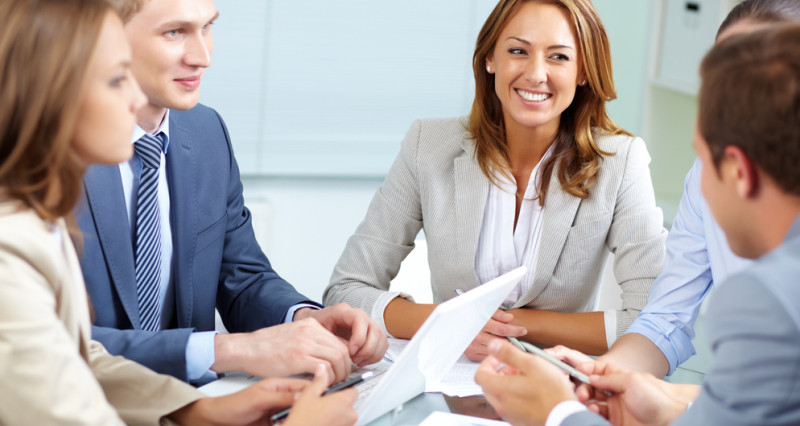 Is the way you spend your time aligned with your values?

How to Learn From Failure