There are few things more frustrating than feeling stuck in your job. Languishing in your current, ill-suited position can make you feel completely powerless. You may find yourself constantly wondering about what you could possibly do to get that promotion you so clearly deserve (at least in your mind).

From that place of frustration and paralysis, it’s only natural to feel inclined to blame others (like your boss!), and to avoid recognizing how you’re contributing to the situation. But instead of blaming your boss for being blind to your potential, here’s a hard truth: you may not be as ready as you think you are.

I recently coached someone I’ll call Karen. She was a marketing professional who was feeling stuck in her middle-management position. She was, however, seen by others as a high-performer in her role — a subject-matter expert who was reliable and hard-working. Yet, despite years in the same position, she hadn’t ever been promoted into a broader leadership position.

Given that she was getting positive performance appraisals, hitting goals, and maintaining positive relationships with her co-workers, she was at a loss for what the hold-up was.

As an executive coach, I’ve worked with numerous “Karens” — employees excelling as individuals at work, but who think that should guarantee them leadership positions. The reality is that being a leader is vastly different from just doing a good job. In Karen’s case, she had done absolutely nothing to demonstrate that she was ready for the next level. She was simply really good at doing what she was asked to do — and delivered consistent results, reliably.

Put yourself in the shoes of hiring managers. Every time they promote someone into a new role, they’re taking a risk. Your job is to make their promoting decisions as easy as possible. Your job is to show them that you already have what it takes to succeed in the job you want. Realizing this can be a profound catalyst in shifting perspective.

In order to secure the promotion Karen thought she deserved, she had to shift her perspective. Instead of just focusing on doing well in her existent role, Karen needed to explore what skills she would need to be successful at the next level. That was the focus of our work together.

Based on this exploration, we highlighted three areas for her:

1. Strategy: Instead of spending all of her time on executing tasks, Karen and I realized that she would need to be more strategic — a thought leader who brought new ideas to the table.

2. Accountability: Karen realized her own passivity, and recognized that she needed to be more assertive. Rather than trying to avoid ruffling feathers, she would need to demonstrate that she could make difficult decisions and deal effectively with conflict.

3. Confidence: Finally, Karen recognized that she would need to exude more confidence and speak less tentatively. By showing she was confident in herself and her vision, others would be more prone to follow her.

Instead of continuing to believe that she would simply develop the skills she needed after getting a promotion, Karen needed to demonstrate them now. She had to make it easy for those around her to see her as a leader already, so they wouldn’t see a promotion as a leap of faith, but as an obvious next step.

Once Karen realized that she had to embody leadership skills, the next step was to figure out how exactly she would do that. As one action item, we focused on honing Karen’s prioritization and time management skills, so that she could create windows of time in her schedule for strategic-planning. We determined new areas of study for Karen that would help her develop a broader knowledge-base from which to draw potential business strategies in her area.

To exude more of a leadership presence, Karen recorded herself speaking so that she could hear her tone of voice — and make changes as needed. She found that the lilt of her voice sometimes made it sound like she was asking questions, not making statements. She asked for feedback from others, and joined Toastmasters so that she could improve her presentation skills.

At our sixth monthly session, Karen announced, “I got the promotion!” Her hard work had paid off, management had seen the difference, and she was being rewarded with more responsibility, a new title, and more money.

If you’re in a similar position as Karen, here are some tips for you:

1. Excel in your current role.

Be honest with yourself. If you’re simply meeting the expectations of your current job description, you’re not pushing yourself beyond the basic requirements — which is necessary for securing a promotion. In this case, the reason you haven’t gotten a promotion is pretty straightforward.

2. Reflect on the skills needed for the role you want.

Think about the role you want. What sort of competencies does it require? If you’re unsure, you might want to ask others in the organization for ideas. Consider both technical skills and leadership skills. Once you explore possible skills, enumerate them clearly so you can familiarize yourself with them.

3. Actually learn those competencies — and embody them.

Like Karen, your next goal is to figure out how you can develop those skills. Some might be as easy as taking a class. For others, you might benefit from working with an executive coach who has experience developing others and helping them to work through problems.

The bottom line? Merely checking the boxes and doing a “good job” often isn’t enough for getting a promotion. Bosses, like most people, can be fearful of making the wrong choice that will lead to potential problems or others questioning their judgment. Therefore, your best bet is to focus on embodying the promotion even before you’re up for consideration. That way, you’ll make the decision a no-brainer, while also setting yourself up for an easier transition.

Interested in becoming a more effective leader?  Click here to take my leadership personality quiz to learn more about how your style affects those around you. 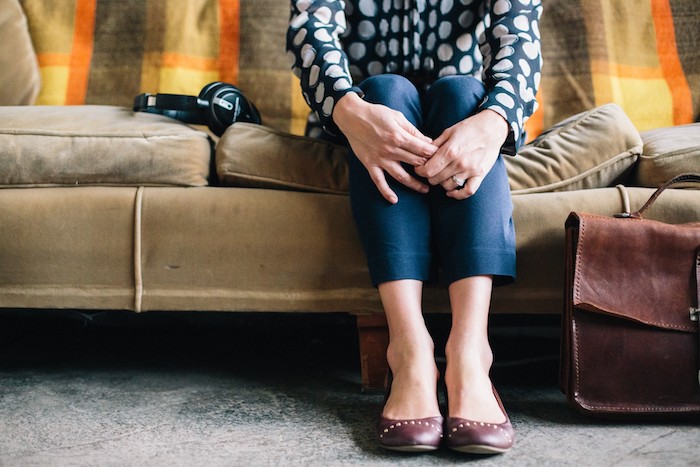 Want to Boost Your Sense of Vitality? Here’s How to Start.