How to Deal with Difficult People at Work

The Dalai Lama has said, “Do not let the behavior of others destroy your inner peace.”

Unsurprisingly, this is easier said than done.

But of course, it’s also impossible to argue with the wisdom behind these words. Ideally, we would all love to maintain our cool in the face of conflict, irritation, and frustration. Yet, imagining yourself with that colleague that always seems to get under your skin isn’t exactly the recipe for inner peace.

In my experience, some of the most anxiety-inducing interactions and relationships actually take place at work, an environment where stress is more likely to crop up to begin with. Whether it’s the person in finance who seems to derive pleasure from saying “no,” or the micromanaging boss who nitpicks the placement of every comma, workplace relationships can easily become triggers for added stress.

That said, this dynamic doesn’t have to happen. Each of us has more control than we give ourselves credit for, and we can make the choice to manage these relationships with more intentionality. With these tips, you can become more skillful with how you approach stressful relationships at work—and you’ll come out on the other side with greater clarity about yourself, and your strengths.

1. Look in the mirror, and start with yourself.

If you find that you a lot of your workplace relationships are contentious, start by taking a long, hard look at yourself. After all, you are the common denominator in all of the interactions you have—at work, and everywhere!

Think about the people with whom you have difficult relationships. Have you found that other people struggle to relate to these people as well? Or do you think there is something about you that engenders the prickly dynamic?

If you think you may be playing a role, be proactive. Ask for feedback from a close confidant to get a better sense of how you might be having a negative impact on others. Try working with an executive coach to get to the root of the issue. During my career, I’ve seen some people make some truly remarkable transformations, so don’t be afraid to tackle this issue head-on.

2. Reconfigure your frame of reference.

If you’re in a situation where the other person does indeed have difficult relationships across the board, start by seeing if a shift in your perspective can have a positive impact on your interactions.

I once worked with someone who seemed to have challenging relationships with a lot of people. She was impatient and critical, and regularly elicited defensive reactions from others. When they defended themselves, her behavior escalated, creating interactions that were even more unpleasant. It was a vicious cycle.

As someone who truly believes in the Dalai Lama’s quote, I refused to let her behavior irritate me. I made the deliberate choice to interact with her in an even-handed manner, even if it didn’t feel natural in the moment. As a result, I earned her respect and eventually became one of the few people who could actually give her honest feedback. Believe it or not, she actually took a lot of my advice, and learned to soften her behavior (somewhat). The bottom line is that I didn’t have the same difficulty with her that others did due to the choice I made.

How did I do this? The first thing I did was choosing to focus on her humanity—in order to develop a sense of compassion for her. I thought about her as a vulnerable person, and how unpleasant her life must be with so many negative relationships. I pondered why she might be so brittle, and thought about what my life would be like if I, like her, only noticed what was wrong with people. I realized that part of her behavior was a result of insecurity.

I’m not saying this is an easy undertaking (and keep in mind, I have years of experience as a psychologist), but compassion is a practice, and it gets easier to develop as you do it.

3. Dodge bullets by thinking ahead.

If you recognize that your ultimate goal is to improve your interactions no matter what, then another helpful strategy is to think about what’s important to the difficult person in question. If you are able to tap into what the other person values most, what their triggers might be, and what communication styles might soften their edge, you can reclaim your power in your interactions.

In the case of my co-worker, I knew that she took her work really seriously and wanted high-quality output. So, whenever I dealt with her, I made sure that I worked hard and always delivered the best product possible. I knew that if she resisted me for whatever reason, I could stand behind my work from a place of integrity.

It can also be helpful to be proactive—by meeting with the person at a neutral time (maybe over lunch) to talk about the nature of your relationship. Using “I” statements, you could say something along the lines of “I feel like we’re navigating difficulty in our communication, and I really want to improve it.” Then, listen to what the other person has to say, striving to do so without judgment. Brainstorm about ways that you can work more effectively together.

At this point, you might be thinking, “I shouldn’t have to do that!”  If that’s how you feel, reflect on your goal in the situation. If you want to have most positive interactions possible, then think about how you can create the conditions under which that will be most likely.

What if all that Doesn’t Work?

While the aforementioned strategies should certainly make a dent, I can’t guarantee their success. After all, you don’t have control over how someone else chooses to behave.

In less extreme cases, it can be helpful to keep the principles of Aikido in mind. Aikido is a martial art that has been translated as meaning “the way of harmonious spirit.” When I took a class at the rec center, my instructor stressed that the essence of aikido was to show our attacker the error of his or her ways by “gently” defending ourselves. In other words, it’s not about harming the other person; it’s about protecting ourselves.

6. Breathe into Your Anger

With that in mind, you’ll want to guard against escalating situations by getting angry in the moment. Again, while this can be easier said than done, if you can stay calm by deep breathing and reminding yourself of your goals in the moment, you might be able to maintain a greater sense of inner peace. (For more tips on managing negative emotions click here).  As Mark Twain wrote, “Never argue with a fool. Onlookers may not be able to tell the difference.”

You’ll also want to empower yourself by setting boundaries. You may try saying something like “I’ll be willing to talk about this later after we’ve both had time to reflect.” This would obviously be more difficult to do with a boss because of the inherent power dynamic, but even something like “I would like to listen to your feedback, but it’s more difficult for me to do so when you raise your voice,” could potentially work.

In extreme cases, like abuse, harassment, or bullying, you’ll obviously want to report the individual to human resources, and/or, if possible, try to find another position. Contentious relationships at work have been found to be linked to stress, anxiety, depression, and chronic inflammatory diseases. Sometimes, it’s just not worth the trouble.

Actor Stephen Moyer said, “Conflict is drama, and how people deal with conflict shows you the kind of people they are.” Keep in mind the sort of person you aspire to be, and act accordingly. 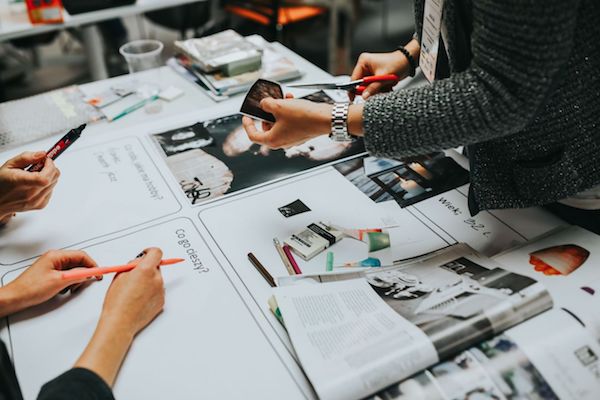