3 Reasons Why You Should Be Passionate About Taking Breaks

Prefer to listen? Here’s the podcast version of the post:

The Vietnamese Zen Monk Thich Nhat Hanh said, “We humans have lost the wisdom of genuinely resting and relaxing.”

There are perhaps few environments where this rings truer than in the work  world. Ironically, though, most professionals have heard time and time again that “work/life balance” is positive, and burnout isn’t—both for health and for productivity. Yet in my work as a consultant and corporate psychologist, I find that most high-achievers are resistant to the prospect of scheduling breaks during the day.

Recently, I had a coaching session with a talented but hyper-stressed retail director who I’ll call Stephanie. In addition to having a busy job and raising her kids, she was also in the midst of getting her MBA. After hearing her talk about how burnt out she felt as a result of all of her myriad responsibilities, I asked her to give me a simple description of what her day-to-day life was like. They were, she told me, a whirlwind of back-to-back meetings and calls. Lunch wasn’t a given, but when she did eat, she was usually doing something else simultaneously—answering emails, checking things off her to do list. After a commute (luckily hers wasn’t too long), she either went to class, or tended to her kids, before studying or getting work done that she hadn’t been able to attend to during the day because of non-stop meetings.

I asked if she ever took breaks to rest and recharge.

“Occasionally,” she explained, “But I always feel guilty—like I’m being lazy if I do it.”

I don’t know that “lazy” would be the first word that came to mind for anyone listening to Stephanie describe her day, yet it occurs to me that this self-assessment isn’t rational, albeit very common. In my work, I come across countless individuals who, despite intellectually knowing that a bit of rest might do them some good, cling to the notion that more work always means more productivity. But that is simply not the case—not scientifically, or intuitively. Let me explain.

If Stephanie’s perspective resonates with you, let me provide you with a bit of scientific research that might help you change your mind, even if you don’t need much convincing.

1. Breaks help you to refocus and perform tasks more effectively.

While “grinding” it out—just getting something done—might seem like the best approach when you’re strapped for time and stressed out, research suggests that singularly focusing for too long on a given task leads to being less effective at it.  This phenomenon occurs because when we are presented with an unchanging stimulus for too long, the brain stops registering it. This is why, for example, you may not notice a certain odor when in the presence of it for a sustained period of time, or why you don’t tend to consciously feel your clothes on your body unless you purposefully bring your awareness to them.

In the study on this subject, participants were asked to complete a computer task for an hour. One group was given two brief breaks during the study in which they did a diversionary tasks; whereas the other groups in the study were not given such breaks. The researchers found that performance declined in the groups who were not given breaks; however, the group who had breaks showed no such decline. The lead investigator concluded that prolonged attention to a single task to reduce performance across time.

2. Breaks can increase your sense of satisfaction on the job.

In a study out of Baylor, researchers studied the effects of taking breaks in the workplace—and defined breaks to include everything from lunch breaks to socializing with coworkers, to checking non-work email. They found that employees who took what they considered “better” breaks (e.g. breaks taken earlier in the day and spent doing something “enjoyable”) reported greater job satisfaction, and even better health. The researchers also suggested that taking more short breaks throughout the day resulted in better outcomes than fewer, longer breaks. Put in layman’s terms, stepping away from your work for a well-deserved break increases your perspective, and better conditions you to recognize the parts of your job you do like.

3. Breaks can increase your job performance

In their HBR article “Manage Your Energy, Not Your Time, Tony Schwartz and Catherine McCarthy explain that our bodies work based on ultradian rhythms —90 – 120 minute cycles that are characterized by high energy at the beginning, and low energy at the end. Our body typically gives us signals that it would like us to recharge (e.g. feeling restless, tired, or hungry), but many of us have trained ourselves to ignore these signs and to continue working.

But there is a reason our bodies give us signals. In Schwartz and McCarthy’s study of employees at 12 Wachovia banks, they found that encouraging employees to focus on intermittent recovery by having them take breaks (including power naps, going for walks, listening to music, etc.) led to a two-thirds increase in the number of employees who reported feeling more productive and better connected with their clients and customers. In addition, the group who took breaks showed a 13% greater increase in year-over-year loan revenue and a 20% greater increase in deposits compared to a control group.

So what happened to my client Stephanie? I encouraged her to experiment with taking breaks; after all, I reasoned with her, she could always go back to her current lifestyle of working around the clock if she found that prioritizing her quality of life led to a decline in her overall productivity. So, she took control of her calendar and made giving herself short breaks throughout the day a priority. She also gave herself a cutoff time during the evening after which she wouldn’t work.

The result? Let’s just say she decided not to go back to her previous lifestyle. Not only has her new schedule encouraged her to be more efficient with her allotted work-time, she also has much more energy when she is working and has found that she’s much less overwhelmed.

If you don’t take enough breaks, I encourage you to take a similar experiment to see how it affects your performance. You might just be pleasantly surprised—and remember that you can always just start by trying it out.

If you enjoy my blog, then I know you’ll love my book, “The Consummate Leader: a Holistic Guide to Inspiring Growth in Others…and in Yourself.” And, you can download the pdf version of the book straight to your tablet or computer for just $5.99!

Take your ability to inspire others to the next level with this engaging guide to leadership. Based on scientific research, my work with senior executives, and personal experiences, this book is chockfull of practical strategies and helpful exercises. Work your way through it and get ready to achieve greater success in your personal and professional endeavors.

Learn more about the book here, Then, Buy the PDF Version Here! 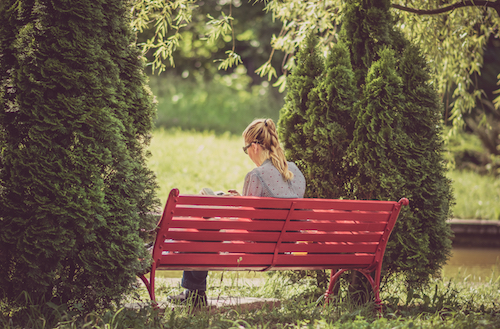