Recently, I worked with a client who I’ll call Bianca, who frequently describes herself as a workaholic. She is a self-employed entrepreneur who is absolutely passionate about her work. She happily works around the clock, dreaming up ideas, networking, marketing herself, and working on projects. She doesn’t have time for a significant other, and she’s completely fine with that. She “lives and breathes” her business, devoting around 70 hours a week on business-related activities – and wouldn’t have it any other way.

Compare Bianca to Rebecca, another former client. She also works long hours in her executive job – though at 60 hours a week, not as many as Bianca. She constantly obsesses about what she has to get done, and worries about keeping up with her workload. As a result, she has difficulty mentally detaching from the job when at home – even when she is relaxing, she feels that she “should” be working. Although she doesn’t call herself a workaholic, her boyfriend does – he complains that she always prioritizes work over her personal life.

Both of these women devote quite a big of time to work, so are they both workaholics? While many people might say “yes,” the reality is that the effects of Bianca and Rebecca’s devotion to their work are markedly different. As a result, the psychological literature would describe Bianca as being engaged with her work, whereas Rebecca would likely be considered a workaholic.

In an American Psychological Association science brief,  psychologist and researcher, Malissa Clark, describes workaholism as being characterized by three components:

The Negative Effects of Workaholism

As you might expect, having an all-consuming devotion to work is linked to a variety of undesirable outcomes. For example, workaholism is linked to work-family conflict, or having competing, and often conflicting demands in one’s professional and private spheres. In turn, work-family conflict can decrease satisfaction with one’s family, or even one’s life as a whole. After all, if your significant other or children are complaining that you’re not present enough at home, and you’re simultaneously feeling that you’re not living up to the demands of your job, it can be a pretty stressful and conflicted existence. Consequently, it’s not surprising that workaholism is also linked to burnout.

By definition workaholism makes it difficult to psychologically detach from work, and can interfere with the individual’s ability to recharge and recover from the job.

Aside from creating psychological challenges, workaholism has also been shown to have physical ramifications.  For example, one study suggested that workaholics have increased susceptibility to sleep problems and heightened cardiovascular risk.  Another study of workers in the United States, Australia, and Europe found that individuals who worked 55 or more hours per week were more likely to develop heart disease or suffer from a stroke than those who worked 35-40 hours per week.

If, on the other hand, you’re simply highly engaged with your work, and work a lot because you’re passionate about what you do, you’re unlikely to suffer many of the negative consequences that we usually associate with workaholism. For example, researchers found that employees who rated themselves high on work enjoyment showed less work-family conflict, and greater life satisfaction and job satisfaction. Another study of 1246 Dutch employees found that although individuals who were categorized as “engaged workaholics” worked more hours than workaholics or engaged employees,  they did not experience the highest levels of burnout. As a result, the researchers suggested that being engaged with your work can act as a buffer against the undesirable effects of workaholism.

While simply having a demanding job can definitely contribute to working excessively, and the associated issues with work-family conflict, personality factors also play an important role in actually being a workaholic. For instance, in one study, researchers found that having a high workload contributed to work-family conflict.  However, this relationship was fully mediated by excessive work. In other words, having a job that demands a lot of you makes you work a lot so that you can keep up or stay ahead of what might come. And, the fact that you are working a lot, creates issues with the important people in your life. Still, the research showed that workload in and of itself was not significantly related to persistent thoughts about work.

The bottom line? While your job can trigger excessive work and create issues for your personal life, you likely aren’t a “workaholic” unless you are also feeling bad about it, feel you should be working when you aren’t, and are plagued with thoughts of work.

But Workaholism is Necessary to Get Ahead on the Job…Right?

If you are having negative consequences as a result of workaholism, and you’ve convinced yourself that it’s worth it because you’re being more productive, research suggests that you’re likely fooling yourself, because workaholism hasn’t been found to be significantly related to performance. In other words, even though you’re devoted to your work and spending a lot of time engaged in it, you may not be any more effective than you would be if you were taking breaks and leading a more balanced existence.

If you’re seeing too much of yourself in this article and realize that you should do something about it, then stay tuned for the second part of this series, in which I’ll lay out an action plan so that you can develop a healthier relationship to your job. 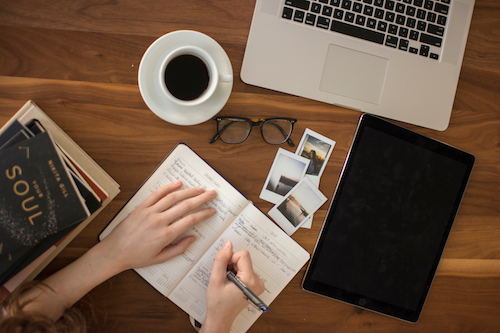 Do You Work in a Toxic Culture? How it May Be Harming Your Health

Are You a Workaholic? Here’s What to Do About It