Are you embracing workplace diversity? 4 Things to think about

The benefits of diversity in the workplace are many. Having a diverse and inclusive work force is linked to greater innovation and creativity. Organizations with females in top management and on boards show better financial results. Researchers have found that having racial diversity in a group leads to better problem solving and broader thinking and consideration of alternatives. And, having a diverse workforce brings a range of perspectives and experiences that can allow the organization to be more in touch with the diverse population at large.

Therefore, when job vacancies arise, in addition to thinking about the needed skill sets and values that would be attractive in potential candidates, it’s worthwhile to consider bringing additional diversity (of thought, background, gender, age, etc.) into your team.

Yet, in my experience, when the topic of diversity comes up, many individuals can become a bit uncomfortable. For some, there can be a negative reaction simply as a result of feeling like they’re being told what to do. Some may worry that bringing in diverse candidates could undermine the level of skill on the team (though in reality, this belief is making some pretty big assumptions about the abilities of different groups of people). For others, the topic of diversity can cause them to have to face unpleasant feelings or attitudes that they may feel compelled to defend against.

Let’s face it. The topic of diversity has the potential to be a thorny issue for some. Therefore, to put yourself in the best position to consider workplace diversity in a constructive manner, here are four things to consider:

1. Entertain the possibility that you could actually have prejudices

While this might create some degree of internal discomfort, being open to the fact that you could have some biases or beliefs that you may not be proud of is the first step to being able to unpack them and deal with them. As noted in the next section, we all have biases. And, keep in mind that your biases don’t necessarily have to have anything to do with race, gender, sexual orientation or the other usual subjects. For example, it could be something like thinking stereotypically about people of a particular age group or certain political leaning.

Anytime you are viewing people more as categories than human beings with unique perspectives, feelings and histories, you may be veering into the territory of prejudice (pre-judging). But, without being willing to consider this possibility, you leave yourself unable to do anything to rectify it. Ironically, one study found that people who perceived themselves as being objective and unbiased actually showed the most gender bias when making hiring decisions. Being willing to take a hard look at your attitudes can help you to guard against this.

2. Identify the ways in which you are biased

You’ll notice that I didn’t say consider if you are biased; instead reflect on in which ways you are biased. Realistically, we all have biases. We perceive the world (and others) through our own individual lenses which have been shaped by our upbringings, experiences, and beliefs. Becoming aware of your biases is incredibly important if you want to guard against acting on them blindly.

Cognitive psychologists suggest that we all put people into categories, because it helps us to be able to deal with the influx of information around us. With all of the stimuli that we are exposed to on a daily basis, our brains need to use this mental shorthand to process everything going on around us efficiently. This process of sorting isn’t inherently a bad thing. However, it becomes problematic when we don’t realize we are doing it, because we can become unaware that we are making generalizations. In addition, it can also become harmful when we make generalized value judgments about members of other categories.

Read the rest of the article on Huffington Post here. 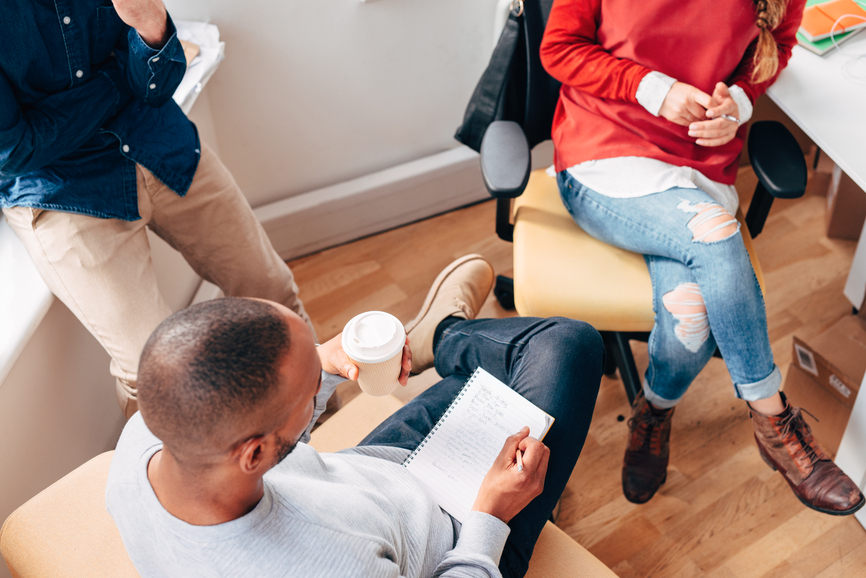 Want to Address Racism in Your Organization? Here’s How to Listen.