I once worked with a manager who believed in leading his employees by keeping them in a constant state of tension.  In his view,  employees should never be too comfortable.  As a result, this manager would frequently lead through fear and exceptionally high standards.  Although he could be quite charming at times, employees were never quite sure when he might have an outburst or an excessively critical response in response to a mistake. (Note to bosses: humans make mistakes). And, even when he provided positive feedback, he was reluctant to provide too many accolades, because he believed that employees who know they are doing well are less motivated to work hard.  His employees were constantly in a state of uneasiness as a result of being still reeling from their last assault (or from observing an attack on one of their colleagues). Amazingly, he could never understand why even when he has in good spirits, his people were eyeing him suspiciously, waiting for the next shoe to drop, as opposed to actually enjoying their interactions with him.

As you might imagine, this manager’s area experienced a great deal of turnover, as many people were simply unwilling to work under such an oppressive regime.  Despite the fact that young and talented employees left in droves, he was able to convince himself that his leadership approach was a successful one, as the people who stayed generally achieved the goals and metrics he set for them.  What this manager did not know, however, was the extent to which many of employees were working with a great deal of resentment, consistently plotting their escapes, and contributing to a negative organizational culture through constant complaining about his antics.

In my time as a management consultant and corporate psychologist, I have come across numerous leaders who share this management style.  And, if you’ve been in the work world for any length of time, I’m sure you have also come across similar characters.  While they are often able to produce the desired results for the organization, the research shows that they would be able to achieve even more outstanding outcomes if they placed more emphasis on creating a positive environment for their employees.

For example, in the healthcare field, it is a consistent finding that employee satisfaction is correlated with patient satisfaction.  It doesn’t necessarily take a psychologist to explain that one – if I’m in a bad mood based on something my boss just did, it probably takes a whole lot of effort to put on a smiling face when dealing with an anxious and potentially irritable patient.  However, if my boss recently contributed to my positive mood by encouraging me, I’m more likely to bring that positive attitude to my work, perhaps by smiling more.  (Read my blog entry on smiling for additional support for this argument).  My patient will feel more empathy from me, and our interaction is likely to be more much upbeat.

Research tells us that the number one reason employees quit their jobs is due to dissatisfaction with their bosses.  Aside from the fact that working for an ornery boss is simply no fun, the literature also tells us that it is bad business for leaders not to regulate their moods.  Researchers Sy, Cote, and Saavedra (2005) found that when leaders were in a positive mood, the people in their groups were in more positive moods and worked more efficiently together.  Ohio State University professor, Steffanie Wilk, found that customer service reps who were in positive moods worked harder and provided better service.  Because we know moods are contagious and that managers’ moods have an inordinate amount of influence on the moods of their work force, it is critical that leaders try to stay upbeat and uplifting.  All of this, of course, seems like common sense, doesn’t it?  So, why are there so many managers who believe that the proverbial stick is better than the carrot?

One final thought on this issue comes from the work of psychologist, Barbara Fredrickson.  According to her Broaden-and-Build theory and research (read an upcoming blog entry for more information on this), we are more creative when we are in a good mood.  We are able to perceive more possibilities and solve problems more effectively.  This seems like a desirable state to create in the work place, n’est-ce pas?

In conclusion, the next time you are faced with a leader who suggests that being tough and keeping employees off-kilter is the best approach to producing results, I suggest taking one of three possible approaches: (1) Refer her to this blog entry, (2) Gently coach him to improve his  leadership skills, or (3) Run for the hills!  You’ll be more effective and happier in a more positive environment! 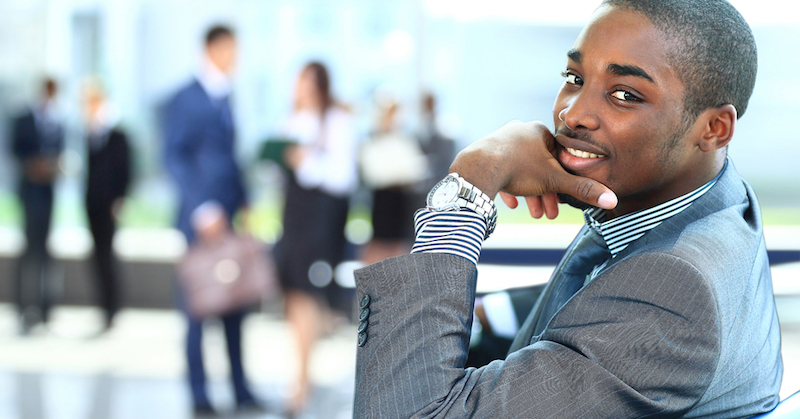 Why a Gratitude Practice is More Important Now than Ever